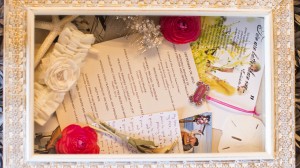 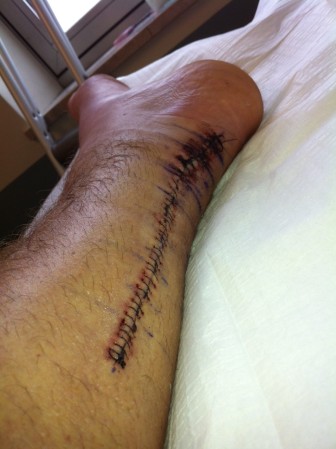 Who knew we’d be putting our wedding vows to the test so early.

In February Jeff ruptured his achilles tendon playing flag football. Now, if there’s one thing I’m certain of it’s that my man is no wimp. He actually tried limping on it for two weeks, before caving in to get the MRI and discovering the seriousness of his injury. Dr. Badway performed surgery to repair the tendon, followed by six tumultuous weeks in a cast.

We were recently asked if Jeff’s injury had caused our marriage to struggle. Perhaps it’s due to the fact that we are still head-over-heels-in-love newlyweds. Or it could be that there are so many couples around us struggling with cancer and life threatening problems; but for us, it hasn’t been a struggle – simply an adjustment.

Marriage is not a one-stop destination. It’s a journey. And along the journey, there will be several adjustments to deal with.

Sure, I’ve had to lug heavy photo equipment to multiple photo shoots. Sure, I’ve had to become a professional photographer overnight, learning lighting, the camera and photoshop overnight. But the Word tells us that love is patient and kind. This is just my first opportunity to show my love. ‘Cause love is so much more than a feeling. It’s an action. It’s a sacrifice. It’s an honor.

Wednesday is the big day. Praying Jeff will be allowed to come out of the cast and into a walking boot.