Whatever you want to say about our country, this much is true: America has a strong Christian heritage. Today, we still celebrate the freedom of religion that our founding fathers paid such a high price for. We’re blessed to see a church on the majority of street corners. The rocks don’t have to cry out because Jesus isn’t hidden in our great land.

It’s not like that in other parts of the world. I used to read in the Old Testament about people worshipping many gods, idols and statues. I thought it was a thing of the past. It’s not.

In India, on nearly every street corner our bus passed these extremely colorful, ornate shrines to the various gods of the Hindu religion. It’s not uncommon in an Indian house to find an altar with several Hindu idols. The Indians pray to their gods daily. They are spiritual and devout.

As we drove throughout the huge city in India, I was struck by the lostness of their land. How ironic that such a vast people group could be so open to religion and spirituality and yet still be lost. How sad to think that many of the Indian people worship Jesus in addition to their other gods. I asked one of the workers if it was hard to share the gospel with the people because of this and he said, “Oh yes“.

Jesus doesn’t want to be worshipped along with other gods. In John 14:6, He said, “I am THE way, THE truth, and THE life and no man comes to the Father except through me.” He is not A way or A truth; He is not one of the various ways to Heaven, but the ONLY way.

India, like America, is an incredible mission field. The people are hungry for truth.

It was the disciple Thomas who was the first trailblazer bringing the gospel to India. He was the one who would not believe that Jesus was really risen until he saw the nail marks in His hands, put his finger where the nails were and put his hand in Christ’s side. Jesus later appeared to Thomas and instructed him to touch His wounds. Thomas then cried out, “My Lord and my God!”

Whatever happened in that moment changed Thomas forever. That moment with the risen Christ erased all of his doubts. Thomas was so moved that he brought the good news of Jesus Christ all the way to India and was later killed for his faith.

Today, we visited St. Thomas Mount where Thomas is thought to have been killed. As we stood on the mountain that overlooks the city, we could see Thomas’ mission field.

Have you met Jesus? I mean really met Him? Because, if you have, you will be forever changed. If you have, you won’t worship him along with the other various “gods” in your life. He will be the only one. 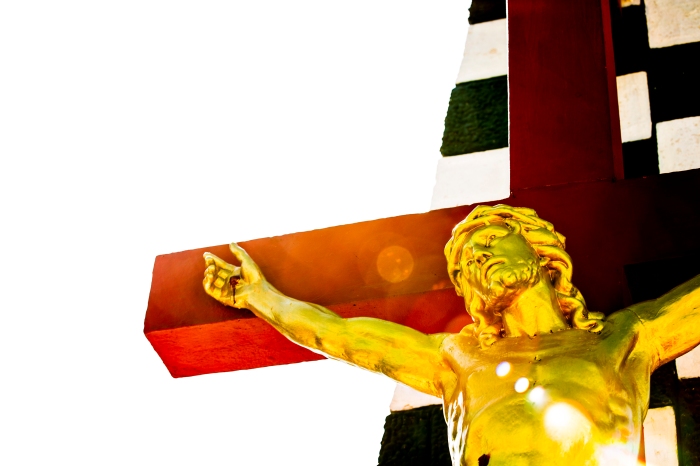